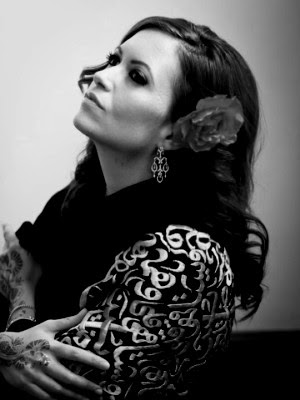 Farah Siraj is a world fusion artist driven by her passion to explore and create. Her love of music has taken her around the world and can be experienced through her music which possesses influences from Spain, Italy, Jordan, Lebanon, Egypt, Turkey, Greece, Brazil, Britain, the USA and more.Farah Siraj grew up in the capital city of Jordan, Amman, surrounded by Middle Eastern music. At the age of three she began studying classical piano and music theory. Her first solo performance was at the age of four where she captivated the audience of the Royal Cultural Center with her unique voice. She continued her musical journey and by the age of sixteen was known as one of Jordan’s youngest composers. At the age of seventeen, with funding from His Majesty King Abdullah II, she released her first EP which was recorded between Turkey and the United Kingdom featuring the Turkish Symphony Orchestra. Both, King Abdullah and Queen Rania of Jordan were among the audiences that attended Farah's performances.
Following her years in Jordan, Farah moved to Spain with her family. Captivated by the music and culture, she plunged into the world of Flamenco allowing it to influence her music.

Farah started her musical education attending Trinity College of Music, London in 2001, where she obtained a diploma in Music Composition under the instruction of Prof. Daryl Runswick and Prof. Alwynne Pritchard. She then attended Berklee College of Music in Boston from 2003 to 2007, graduating with two Bachelors of Music in Film Scoring (under the instruction of Composer Richard Davis) and Music Business & Management.

While at Berklee, Farah also had the privilege to be among those chosen to attend Philipos Nakas Conservatory in Athens, where she studied the music of Greece and the Mediterranean. During her years at Berklee, Farah performed as a solo artist at a multitude of events including performances in Britain, the United Arab Emirates, Jordan, Spain, Greece and the USA. She has collaborated with artists and producers, on an international level, including Mark Hill (Producer of Craig David), Jack Perricone (Producer of Micheal Jackson), Hossam Ramzy (collaborations with Sting, Chick Corea and Peter Gabriel) and Mitch Benoff (Producer at Berklee College of Music).
Farah also founded her self-titled bands "Farah" and "The Farah Siraj Jazz Band", with whom she performed with on various occasions around the country.
In 2007 Farah moved back to Spain and began her studies in Cante Flamenco at Fundación Cristina Heeren in Sevilla where she studied under and collaborated with some of the most prominent Maestros of Flamenco such as José de la Tomasa, Calixto Sanchez and Paco Taranto, and obtained her diploma in El Cante Flamenco.
MusicAfter having studied under the great Maestros of Flamenco in Sevilla, Farah went back into the studios to record an album of original compositions containing a myriad of her musical influences, including Middle Eastern folk, Flamenco fusion and traditional styles, Jazz, Bossa, and Pop, giving it a worldly feel.

Farah uses her music to raise awareness of humanitarian causes. She has composed music for and performed at events to raise awareness for the Genocide in Darfur as well as the Democratic Republic of Congo, the turbulence of gun battles in Beirut, and the Genocide in Gaza, all with one strong message of the urgent need for peace and the right to freedom for all people.

Farah continues to use her music to promote a positive change in the world for all people. All proceeds from her current album, Nomad, go to provide education to under-served Jordanian youth.

In 2005, Farah’s original composition, "To the Sudanese Woman" won a competition held by Berklee College of Music to represent the struggle against genocide in Darfur, and was featured in the compilation album We Are All Connected. Farah’s song was played for the United Nations Security Council before passing a legislation regarding the genocide in Darfur.

In 2006, Farah performed as a solo artist on the Good Morning Live Show of the New England Cable News Network, the largest news network in the region, with over four million viewers. Farah has also performed live on a multitude of radio shows and given several interviews regarding her music and the impact of music on making a change in the world.

In 2007, Farah’s original composition "Pienso En Ti" was the winner of the Shure Fantastic Scholastic Competition, a nationwide competition in the United States.

In 2008, Farah was a featured artist in the latest release of the Boston String Quartet.
Farah also collaborated with the renowned flamenco singer Paco Taranto, recording her original composition "Where is the Freedom", a song dedicated to the victims of Genocide in Gaza.

In 2009, Farah was one of the featured artists in the documentary “Los Caminos”, a documentary funded by the Andalusian Agency of Flamenco about young international flamenco artists.

In 2010, Farah was the first Arab artist to perform at the Nobel Peace Prize Hall in Oslo, Norway.

In 2011 Farah represented Jordan on International Peace Day in collaboration with the United Nations. The concert “Bridges to Peace” included musicians from the Middle East coming together to take a stand for peace.

Currently, Farah is featured on the album Olé y Amen by one of Spain's leading artists, Pitingo. 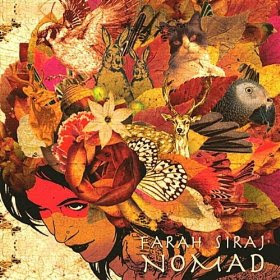 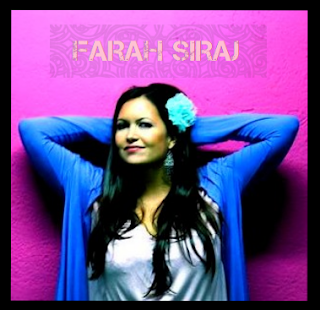