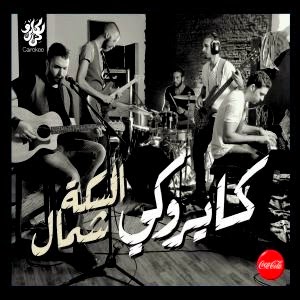 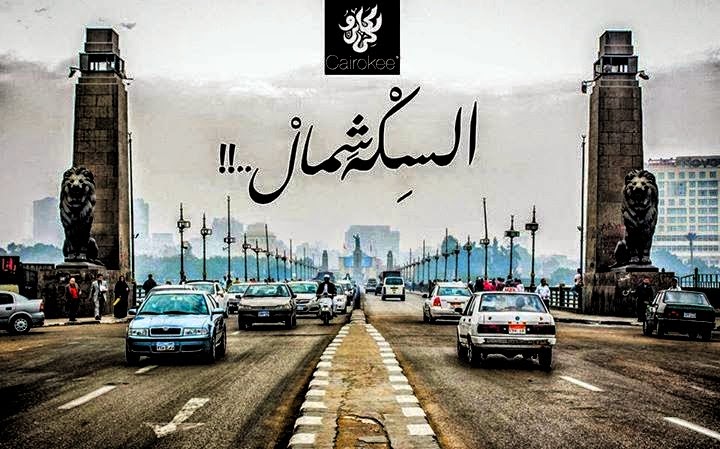 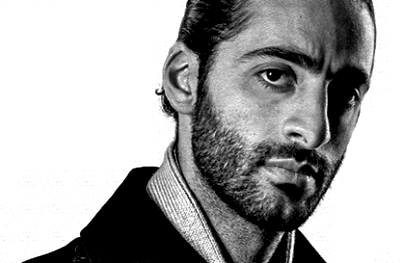 An oud player and composer, born on 9th November, 1985 into a family with a deep rooted passion for music and oud making. His father, Hatem Joubran, a luthier (oud maker) his mother, Ibtisam, along with his sister Suha are all talented singers in their own respect. At the age of 18 Adnan joined his two elder brothers, the Oud players, Samir and Wissam Joubran, to form the first oud trio in the world, known today as Le Trio Joubran, whose debut performance was in 2004 at Luxembourg Gardens, Paris.

Since this debut performance, Adnan has travelled the world performing in various renown festivals, theaters and music halls. At the age of 23 he perfomed at the prestigious Carnegie Hall (NYC) and at 27, Olympia (Paris), passing by Radio City Hall (NYC), Salle Pleyel (Paris) and Theatre de Champs Elysees (Paris), to name a few of the many infamous music halls they have played in around the world.

Adnan’s albums with the Trio (Majaz and Asfar), have won numerous prizes and awards. They have been chosen to compose music for award winning and Oscar nominated documentaries and films such as Le Dernier Vol by Karim dridi, starring Marion Cotillard and Guillaume Canet. Adieu Gary by Nassim Amaouche, starring Jean Pierre Bakri, which won best Music for Films award in Dubai International Film Festival (DIFF 2011). The Last Friday by Yahya al Abdallah, which also won best Music for Films award in DIFF (2012) and finally the infamous Oscar Nominated Five Broken Cameras (2013). They have topped the World Music charts in France with a Number 1 Album and have been privileged to collaborate with many artists such as the late Mahmoud Darwish, Chkrr and Dhafer Youssef. Adnan has also featured as a guest for Ibrahim Maalouf and Rodrigo & Gabriela and created the show Eko Du Oud with the French juggler Vincent Berhaut.

After 10 years of Parisian life, Adnan has created his own musical identity alongside his ongoing project with the Trio. Whilst respecting the traditional way of playing the oud he has followed his passion desire to propose something different and new. With these experiences and challenges, Adnan has created his debut solo album, Boarders Behind, expressing through music, his new identity of compositions, rhythms, virtuosity and feelings. 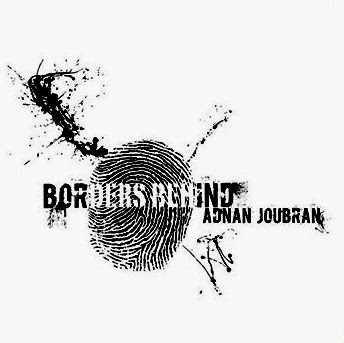 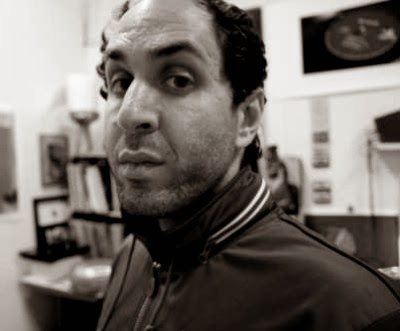 Joe Namy AKA El Iqaa (Arabic for provider of the beat) is an independent multimedia artist creating sample based sound collages exploring the musical history of his roots – based somewhere within the triangulated time-space of Detroit / New York / Beirut. He is an interdiciplinary artist who is currently studying to obtain a total freedom of expression through any and all means of visual and sonic communications.

He also hosts and produces the program Electric Kahraba for the online radio station artonair.org.

He has made 4 albums,using mainly electronic tools and samples from old 45's and new mp3's.

"I seek to promote and empower an image deserving of my heritage. Appropriating from a culturally insensitive and illiterate media, I attempt to create a consciousness for my people, a people that is all too often misunderstood and misrepresented. My expressions are related through exploiting the digital medium from which many of these constricts are propagated. However, this art is not only a means to educate those who are denied exposure to a true Arab image, but serves also to clarify my own identity, as well as inspire self-awareness for others". 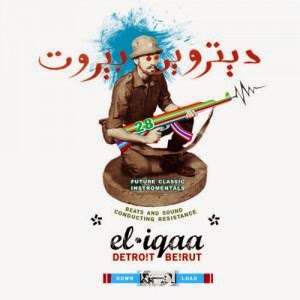 This music was made with live drums, with samples from old 45's and new mp3's, with a mixer and a mic, Michael's Moog, technics and technique, some claps and snaps, a g4, pro tools, sticks on cymbals from Istanbul, fingers on a Kevork riq, masking tape, kahwa araby, sweat, pride and love (infused with a little camoon). [It] is [the] rhythm from rebellions and resistance, for empowerment and progression. Through audio imaging, history is sampled onto the future, terrorific stereotypes are rejected, a slandered heritage is reclaimed, the ruins of a city are rebuilt. Sound and visions express the struggles and share the beauty of Detroit, Beirut. 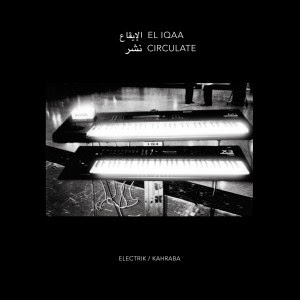 Circulate (EP) نشر – is a collection of tracks created within the past year in dialogue with various video/photographic/installation art projects.These research projects, and the musical asides they inspire, all carry overarching themes which the artist is continually struggling to define; issues of language and translation (specifically around the languages of Arabic, English, Music and Love), memory, movement, electricity (power) and appropriation. circulate (EP) نشر explores these issues through quotes and cuts from specific definitive samples (ranging from Abdel Halim Hafez to Pierre Boulez, Amiri Baraka to Trisha Donnelly + much more). These splices are mixed with original recorded sounds to create a dialogue between the past and the future, in hopes of trying to make some sense of the present. 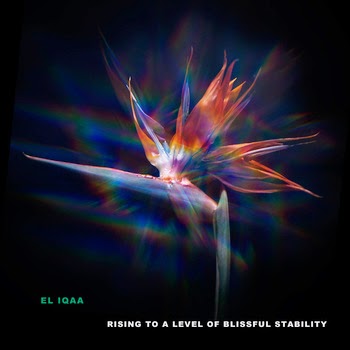 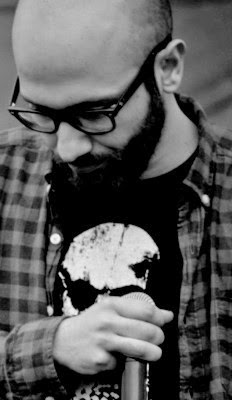 I was born in Tripoli-Lebanon, started writing poetry in litterary arabic when i was 11, and started rhyming in spoken lebanese dialect in 1999, when i was 15. At that time we were a group of 3 mc's going under the name of "Mlouk el Mic" (kings of the mic). We recorded an album that was shared for free, and we did some concerts in our hometown. There were no ngo's then, and no one cared about giving us any support except our friends and the young ppl who were liking what we were doing.
Unfortunately, i had to leave to france after two years, when i was 17, to study math finance and economics. Studies were hard, money was rare, and exile was tough, but music and poetry never left me, i kept on rhyming with some underground french mc's like Medline and Moebius, and i developped new musical capacities, on percussions, classical arabic singing and baglama (turkish buzuk).
After finishing my studies and working for almost 2 years in the hell of banking and market finance, i decided to come back to lebanon. I spent a year just re-discovering beirut and making/learning music. After that year i got a job as a journalist in the newspaper Assafir. 3 years with at Assafir in arab and international affairs, covered the arab revolutions. Left Assafir after a lot of divergences, participated in creating Almodon as the head of arab and international affairs department, between September 2012 and july 2013 when I left for deontological reasons.
After the first album “Kachf el Mahjoub” with the talented music maker Jawad Nawfal aka Munma released in February 2012 , and the success it had regionally from tunis to Syria Palestine Egypt Jordan and the gulf countries, the second album with Munma “Adam, Darwin and the penguin” will be released in the coming 2 months, alongside many other projects on the arab scale that will be announced in due time.


My Arabic identity is a digital bedouinism, with roots as deep as my branches are reaching for the sky.
No nationalism, no nostalgia, only passion for creating our new identity.
this is how i understand our revolution, and this is how i am it.

My musical instruments are my words, my baglama, my voice, my flow, my digital armada and the constructive ears of humanity.

Love to all. Truth to the seekers. 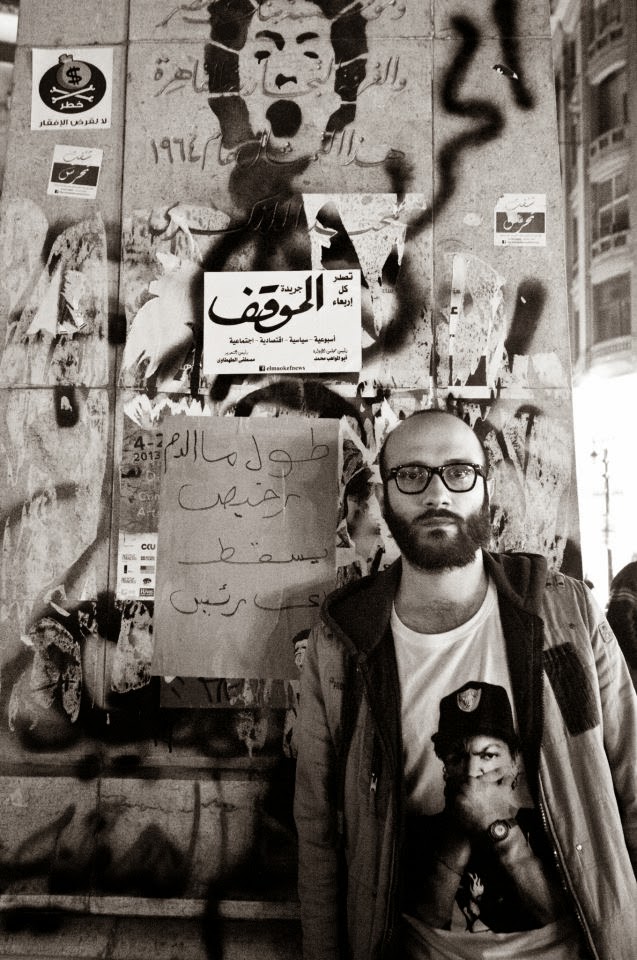 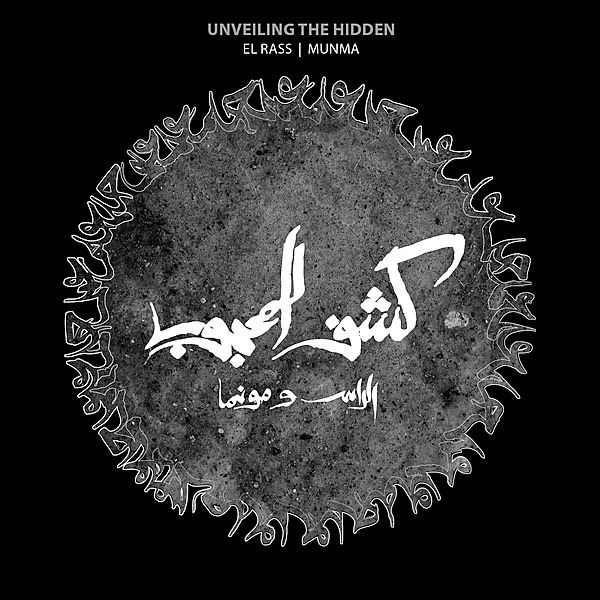 
The work of El Rass 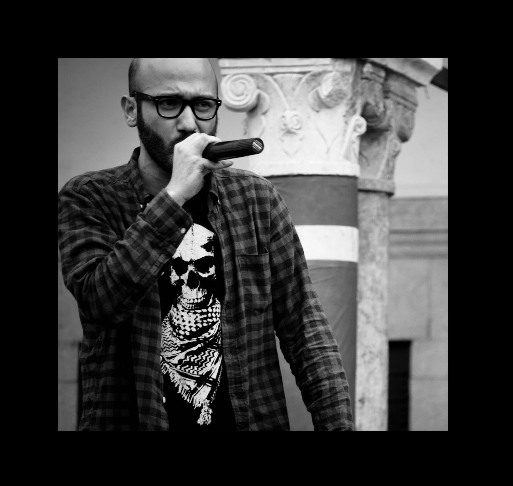 The Volcano of Beirut بركان بيروت 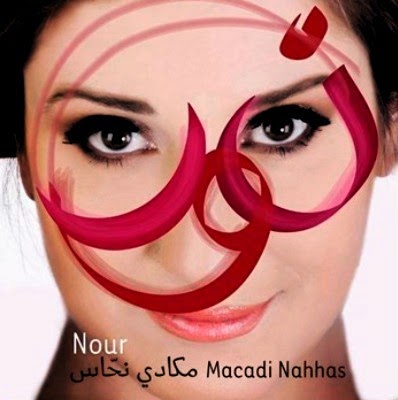 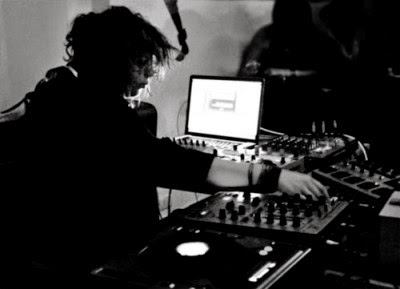 Born in 1986, Liliane Chlela  AKA  Queen Lil is a graphic design and multidisciplinary artist living and working in Beirut.

Both as a composer and a live musician, Chlela fabricates a distinctive sound assembled from experimental hardware techniques and composition tools, unleashing a stream of layers that emanates from a set of instruments and hardware gears. Invested in exploring the connections between improvised music, image, and movement, Chlela also produces music for short films and contemporary dance.

Co-founder of Hezbel Taleta ( a project that started out as a collective experimental jam united every tuesday with musicians each coming from a different musical background) , Chlela has had many collaborations with several artists in various fields (music, fashion, visual art...)

Among his most successful projects are his debut EP titled "Lullaby for Monsters" , Infinite moment of composure ,a collaboration with Jawad Nawfal A.K.A. Munma that gave birth to album "Turbulence" e the collaboration with Osman Arab, Lebanese experimental musician, for the realization of the project  " Black Snake Ritual " . Her latest collective, the DnB project with Fouad Afra and Bashar Farran, is a concept consisting of a rare combination of electro-acoustic drum'n bass improvisation. 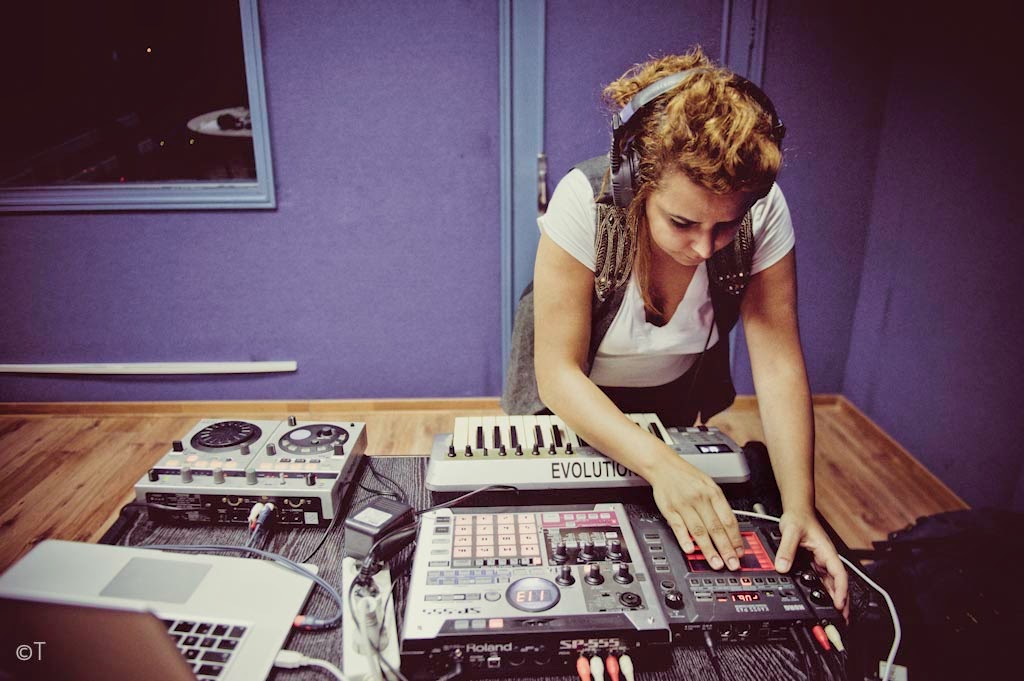 
The work of Liliane Chlela 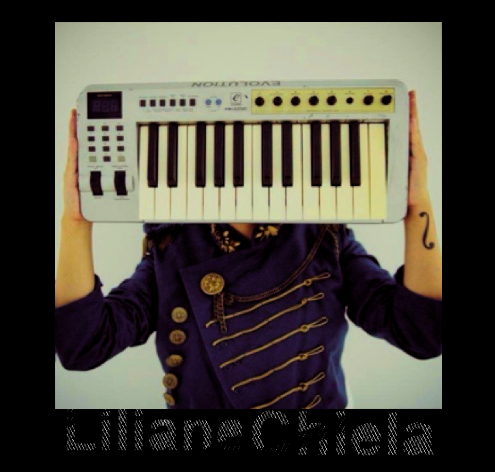 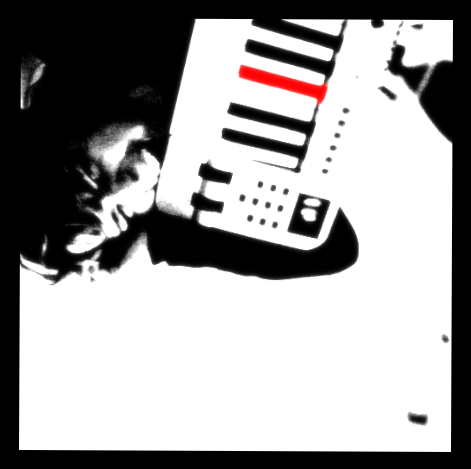 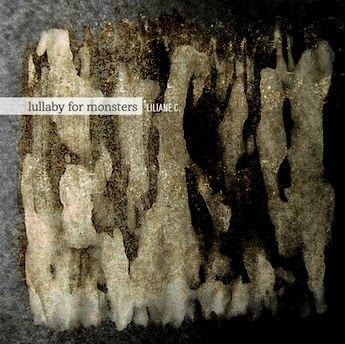 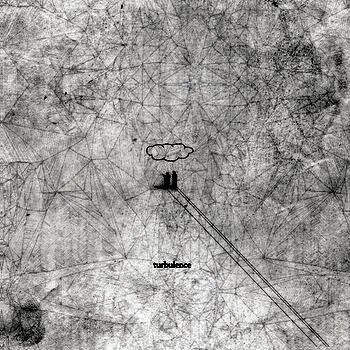 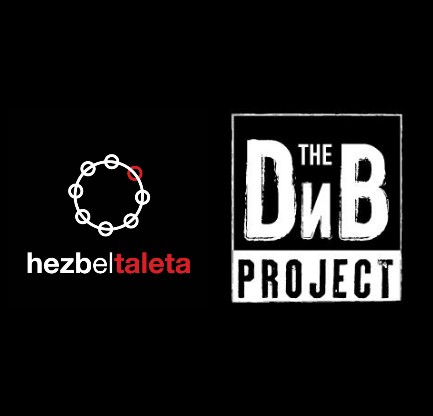 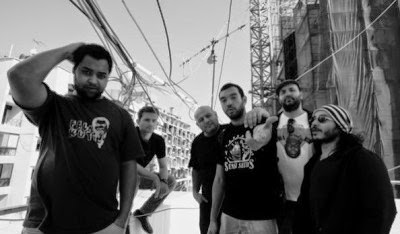 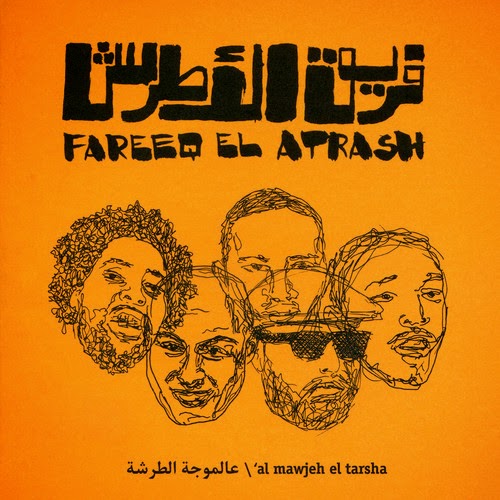