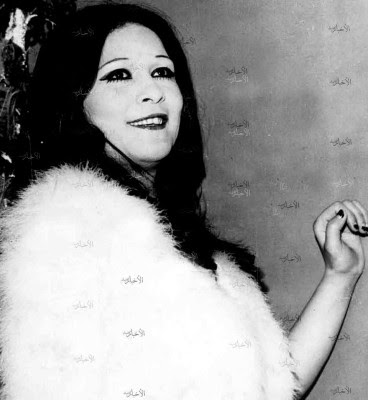 Suheir Zaki Abdullah is an Egyptian dancer and actress who became, by virtue of her artistic qualities, a true icon throughout the Arab world.

Soheir Zaki was born on January 4, 1944 (some sources indicate 1945) in Mansoura, the city where she lived with hr family until the age of nine years before moving to Alessandria in 1953. Music and dance were not part of the family tradition (her father worked in construction while her mother was a nurse), but Soheir fell in love with both at an early age and began to dance listening to the songs transmitted by radio demonstrating a true talent natural. "I used to go straight from school to the cinema, to watch Tahia Carioca and Samia Gamal on the big screen.I even had my hair cut and drawn to look like Fairouz" (the leading girl who danced in the early days of Egyptian cinema) " remembering her childhood.

The enthusiasm that Soheir had for the dance worried his father a lot, but the case wanted him to die. The mother remarried and just the stepfather of Soheir was the one who launched the career of the girl becoming her manager. 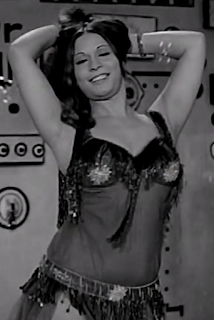 Soheir's first performances took place when she was only 11 years old at the birthday and wedding parties of friends and relatives, but soon she began to dance professionally in the nightclubs of Alexandria. She worked in the normal nightclubs where the public belonged largely to the Greek community that at the time dominated the Alexandrian scene. The turning point for her career came in 1962 when the party of an Egyptian celebrity was broadcast on national television, and the image of the young teenager Soheir appeared for the first time on TV along with other local artists. In this regard, she recounts: "The happiest moment of my life was during those first days when I started dancing for the first time in Alexandria. I was blossoming into femininity and felt the changes in my body, while at the same time I felt lighthearted and without responsibility. During my working life I had someone in the family who took care of my business, someone who cared about both my interests and those of my mother. "

The appearance on TV aroused the interest of director Mohamed Salem who proposed Soheir for a television screen as a presenter. The thing did not go to port and Soheir could devote herself entirely to the dance.

Soheir Zaki moves to Cairo, Souhair Zaki, the capital of the entertainment world in order to take off her career. In the Egyptian capital begins to perform in a variety of clubs, from smoky nightclubs, to large ballrooms, to extravagant wedding marriage parties. Simultaneously she begins to take part as a dancer in several television programs such as "On The Banks Of The Nile", "Adwa el Medina" and "Zoom". The 60s and 70s will see her consecration as the undisputed queen of the Egyptian belly dance. There are many dancers who managed to make a name for themselves during the same historical period, including Nadia Gamal, Nahet Sabri, Zizi Mustafa and especially Nawga Fouad, her bitter rival, but the Soheir Zaki dance represented something really different. 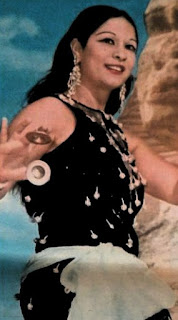 Souhair Zaki was a natural dancer, very sweet and elegant, could perform a large amount of movements in very little space and was known for her innocent facial expressions. She was precise in her work, very feminine, graceful and rather reserved, but with an emotional impact that left the audience breathless. No frills were necessary because her dance technique and artistic talent tended to completely saturate the scene. Unlike Nawga Fouad who focused very much on the theatricality of the exhibition using various objects during her performances, the charm of Soheir Zaki stood in simplicity: she translated music in a precise and natural way, without excess, glitz or vulgarity, offering an honest image. quiet, kind and polite.


The cliché of the oriental dancer, sensual, seductive and passionate is perhaps in contrast with this description. Yet this explains why the reputation of Sohair Zaki has remained intact over the years despite belonging to a controversial world, that of dance, very often subject to scandals.

This calming and serene image allowed her to perform for various Political personalities. She danced for the Shah of Persia, for the Tunisian president, for President Nixon and Henry Kissinger and she is proud to say that she danced at the wedding of both the daughters of Gamal Abdel Nasser and Anwar Sadat who said: " 'Umm Kulthum of the dance: while she sings with her voice, you sing with your body ".

Phrase perfectly consistent as Soheir was the first belly dancer to perform to the rhythm of the songs of the great Egyptian singer. In this regard, recalls: "One evening we were going to a show when the notes of" Inta Omri "spread in the car. I thought it would be wonderful to use this music to dance. Its rhythm and its complex musical melody really fascinated me. Despite the nervous objections from some colleagues I decided to try. At the first performance Mohamed Hasanein Heyka , the boss of the newspaper "Al Ahram" ,was present among the audience and wrote about the event in his newspaper. Shortly afterwards we were booked for a high class party in a villa in Zamalek.
While I was going to dance a piece of Umm Kulthum, I saw she in front of me in the audience. At that moment both the orchestra and I eagerly desired an earthquake so that the ground engulfed us. But when we finished, Umm Kulthum came to congratulate us. She told us that we had been wonderful and was amazed at the fact that the band could interpret the song so well when her orchestra needed dozens of tests to achieve the same result. It was the biggest compliment anyone could ever have done to us. After that, I became famous for having danced her songs on television and thanks to this my name has spread throughout the Arab world ". 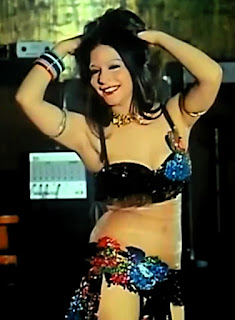 In addition to club and television performances, Soheir Zaki has appeared in more than a hundred films giving real artistic pearls to productions that are not always dignified . Unlike many dancers such as Tahia Carioca, Naima Akef and Samia Gamal, the acting is never She liked. Her roles tended to be small, and she always limited herselves to dance. Right on the set of one of her films, she met her future husband, the photographer Mohamed Amara, nephew of the famous director Hassan el Saifi. The married life will be very satisfying, but among the night shows, the TV and the cinema will take a long time before the couple can grow. They will have a single son who will call Hamada, one of the most precious gifts that life will reserve for them.

Between the end of the '80s and the beginning of the' 90s the wind changed and Egypt was hit by a serious economic and political crisis that brought a new conservative spirit. In addition to this, many clubs closed their doors and became increasingly difficult to perform. On the other side the scene of the belly dance suffered a strong decline in the costumes that became more vulgar and the lascivious aspect replaced the artistic competence. The golden age was definitely over and Soheir Zaki decided to retire from the scenes. The farewell to the dance was not painless. After retirement, the dancer will have various health problems, will gain weight and for a certain period will be gripped by a strong depression. With the passage of time, things will settle down and begin to lead an existence made of family, a few trusted friends relaxing walks.
In 2001, against her husband's opinion, Soheir Zaki decided to attend a dance workshop held during the "Ahlan Wa Sahlan Oriental Dance Festival "as a teacher. Her dance workshop was literally stormed by over two hundred festival participants who paid her an honor and gratitude she probably did not expect.

What Soheir Zaki expressed with her dance is something very indefinable, you could use many words to explain it without ever really succeeding. Her art is poetry, the same poetry that is found in the performances of the great musicians who accompanied her, the poetry of the songs of Umm Kulthum, things that unfortunately belong to a time that will never come back.
Over the years, the image of Soheir Zaki has been greatly exploited as a guarantee of quality and has appeared in countless Lp, Cassette and Cd. The oldest publications, especially those made in the '70s, offer a beautiful example of what is now called Vintage Belly Dance Music. The albums published in these years contain, in most cases, music of excellent quality. The same can not be said about the later publications whose quality is very discontinuous. 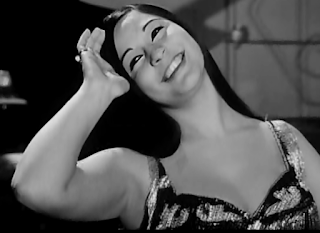 Among the many skills of this great artist is to include a strong musical ear that has allowed her to equip herself with an excellent orchestra. Unfortunately, the performances of this orchestra are not, as far as we know, available, but there are many publications in the name of Soheir Zaki in circulation and you never know that with time something does not jump out.

The important thing is that we were given the opportunity to admire her during her performances both in various clubs and television broadcasts and in the performances contained in the many films in which she took part. In this regard I have compiled a filmography making available both the film in its entirety and the dance part performed by Soheir.

Finally I signal two channels (one on You Tube and one on Vimeo) where you can find various videos of her performances. 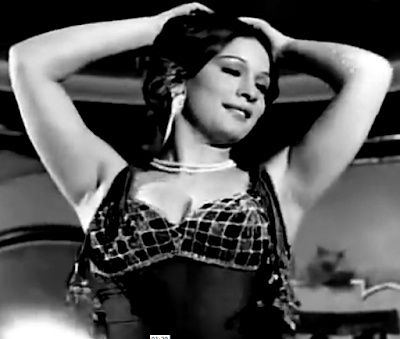 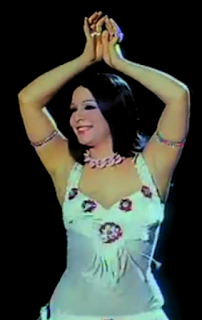 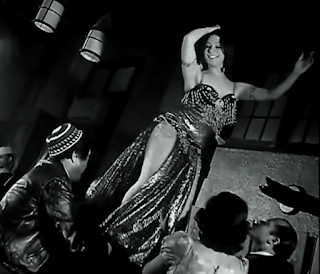 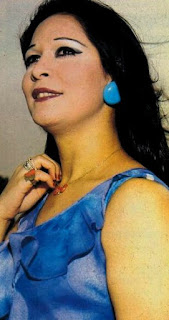 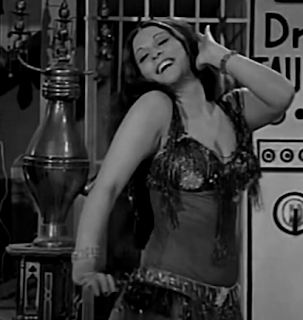 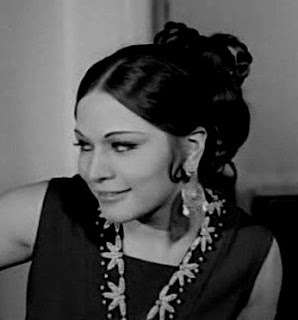 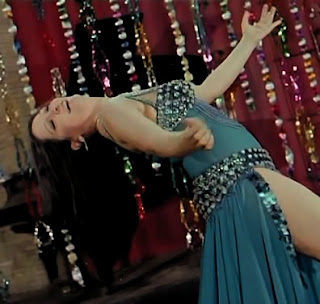 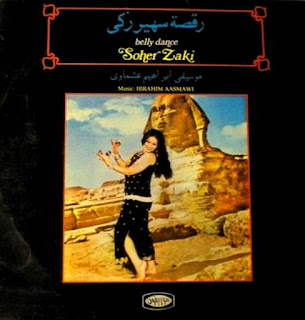 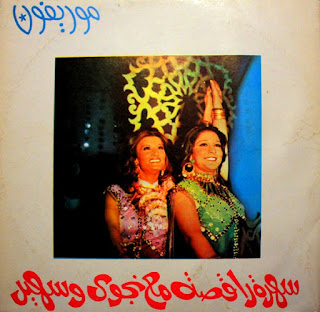 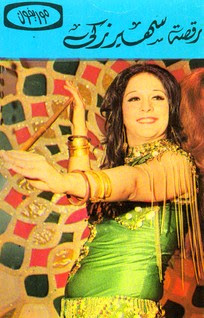 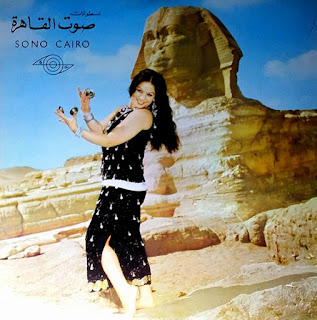 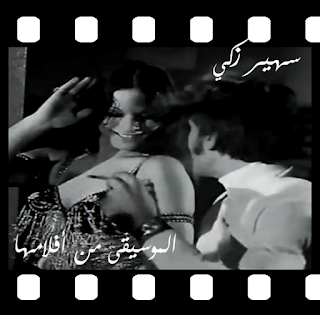 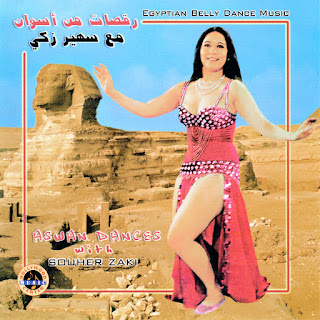 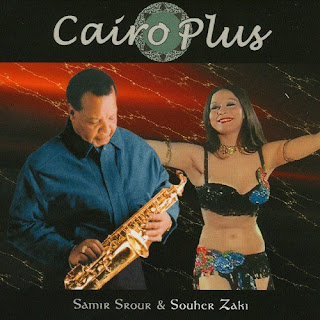 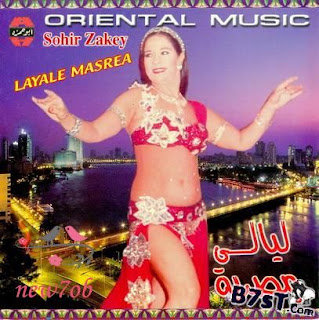 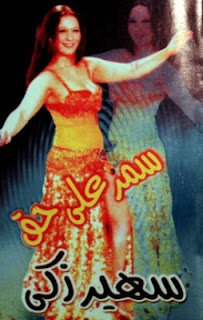 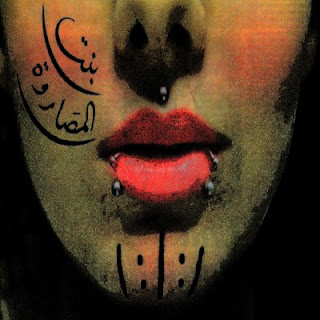 A Mixtape that takes a look at the contemporary Arab music scene. The sonic incursions of Hello Psycaleppo, the vocal harmonies of Emel Mathlouti, the post punk of Kaleb and Smokable, the futuristic Electro Chabi of Islam Chipsy.
A heterogeneous Mixtape, which photographs (partially) one of the most electrifying scenes on the planet. 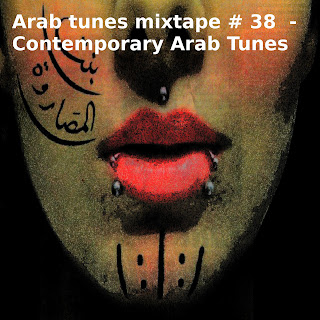