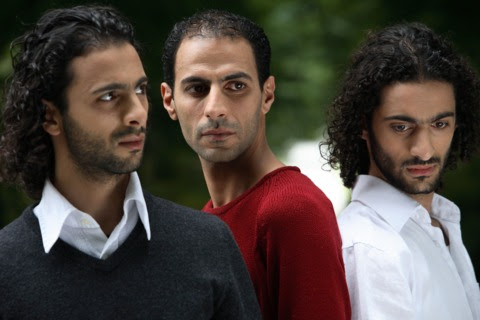 Le Trio Joubran is a Palestinian oud trio, consisting of the brothers Samir, Wissam, and Adnan Joubran from the city of Nazareth. The Joubran brothers come from a well-known family with a rich artistic heritage. Their mother, Ibtisam Hanna Joubran, sang the Muwashshahat (poems that originated in Arab Spain) while their father is among the most renowned stringed-instrument makers in Palestine and in the Arab world .

The story of the Joubran Trio's creation can be traced back some ten years.
Samir, the eldest, started his solo career with his first two albums, Taqaseem (1996) and Sou'fahm (2001).
For his third album, Tamaas, Samir invited his younger brother Wissam to join him on his musical adventure. Randana, which came out in 2005, is the trio's very first album.
Adnan, the youngest, had joined in with his older brothers to form the first and only oud' trio known of to this date. With their skillful, heart-wrenching improvisations that tell of Palestine, the trio brings to bear harmony and sweetness, depth and joy. On the stage, as their eyes meet, their instruments join together to express that which the spoken word cannot.
The trio's repertory, made up of original creations and magnificent improvisations, takes root in their knowledge of the imposing culture of traditional maqâms and their subtle interpretations. The group was the big revelation at Langon's Atypical Nights (Nuits Atypiques) festival, nomitated for the 2004 Django dOr awards, selected at the Womex 2004 and the Strictly Mundial 2005, the trio has been living a musical adventure that is taking it all over the world : the trio played before thousands at the Festival of Nyon, was welcomed at Carnegie Hall in February 2006, and recently played at the Jerusalem festival (August 2007).
Nouvel album : Majâz

Majâz is the Joubran Trio's second opus, for which the trio brought in percussionist Yousef Hbeisch. A new international tour, made all the richer for his artistic contribution, is at the heart of their programme for the 2007-2008 season. This new album reveals the maturity of a trio that took flight with Randana, and whose Majâz is an invitation to travel.

Samir was born in Nazareth, in 1973, in the Galilee. At five, his father introduces him to the oud. The encounter between boy and instrument is more like the passionate encounter of two lovers. At nine, Samir enters the Nazareth Institute of Music. In 1995 he graduates from the highly prestigious Muhammad Abdul Wahhab Conservatory of Cairo. His musical talents are recognized in the musical workshops and seminars he attends in various arabic and European countries, leading him to teach the oud in a large number of schools and institutes.

The Joubran family adventure begins with Samir, an innovative soloist. Their first album, Taqaseem, comes out in 1996, followed by Sou'fahm in 2001. His first album under the Daqui label (the label of the Atypical Nights in Langon), Tamaas, appears in 2002. His run of performances in European and Middle Eastern venues begins. At the time, Samir is the only Palestinian performing outside the borders of his country. He is also the first musician to be awarded, in 2003-2004, a two-year scholarship to Italy through the Writer's Asylum Program which is organized by the International Parliament of Writers.

His musical virtuosity receives universal acclaim, and he is quickly invited to play with numerous other artists, in particular with great poets of the likes of Mahmoud Darwish. Music allies itself with the spoken word to bring to life poetry where melancholy and passion are inextricably mixed.

Samir Joubran's musical talent is acknowledged by the movie world when he composes the original sound track for Rashir Masharawi's Ticket to Jerusalem. He is then contacted by director François Dupeyron. Three tracks from the album Tamaas are included in the sound track of Inguélézi. Three titles from Randana are used in Parvez Sharmas' documentary A jihad for love (coming out this year).

After Randana, the first album to bring together all three Joubran brothers, their new opus, Majâz, will come out this fall. With Palesine beating in his heart, driven by his desire to give voice to his oud, Samir Joubran will travel the world with his brothers.

"We have two battles to fight. The first is for our career, and the other is for peace in Palestine, and the end of the occupation." 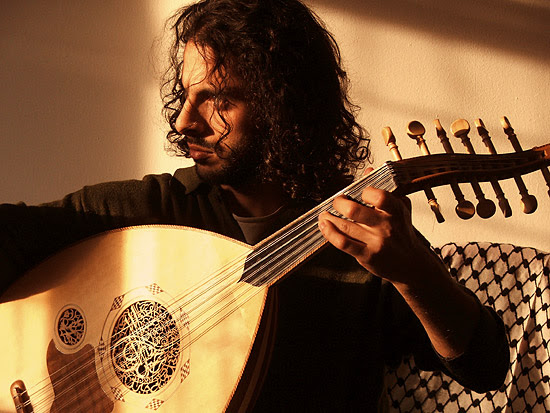 Wissam was born in 1983, in Nazareth, in the Galilee. His father signs him up for violin lessons at the Nazareth conservatory. He becomes attracted to the oud after watching and listening to his brother Samir play it. He establishes an intimate connection with the oud, with its wholesome curves, its round belly. Seeing how he merges with the instrument, Hatem, his father, hand crafts and gives him a small oud for his ninth birthday.

Wissam starts out by performing local concerts in Palestine. He then turns toward the theater, where he plays the role of a singing oud player in a piece about the life of Moudaffar El Nawab. When he is twelve, he seizes the opportunity to take his dreams and talent all the way to Paris' Arab World Institute, where he shares the stage with his brother Samir.

In 2002, again at his brother's side, Wissam performs musical interludes at readings of Mahmoud Darwish' poetry. Then, with the album Tamaas, Wissam's international career takes off. He decides to bring is musical culture and experience fully to bear in his relationship with the oud; thus, in 2005, he is the first arab to graduate from the prestigious Antonio Stradivari Conservatory, in Cremona. Wissam, like his father before him, continues in the line of his ancestors and becomes a master luthier. He builds the Joubran Trio's three ouds with his own hands, tailoring each one so that, when they are played, oud and player are one.

Master luthier, oud player, and firm believer in the symbiosis of traditional arabic music and the modernity of the oud, Wissam Joubran is carrying his family legacy steadfastly into the future.

Adnan was born in the Galilee, in Nazareth, in 1985. The life story of the youngest of the brothers is unique. Since childhood, he had wanted to become a percussionist. Yet, he would soon hearken to the oud's call. His desire to play it becomes stronger at the age of fifteen. For two years, alone and with the help of his older brothers, Adnan learns to play this instrument. Immediately upon coming home from school, he would pick up Wissam's oud and, playing Samir's melodies, send his fingers flying along the trail left by his brother. Hatem, their father, encourages him to take part in oud playing contests, and he is one of the five winners of a contest held in Palestine. The first audience Adnan would play to are his father's clients.

Returning from a tour, Samir brings up the possibility of forming a trio. This possibility becomes the object of Adnan's striving, and during the next year he would work with passion and discipline. It is thus that, in Paris' Luxembourg garden in August 2004, the Joubran Trio would come to life.

Alongside his brother Samir, Adnan provides musical accompaniment for the Fattoumi-Lamoureux dance company. In addition to his career within the Trio, Adnan will also perform for Parisian audiences a piece that combines music and the circus called EKO DU OUD (the oud's echo). 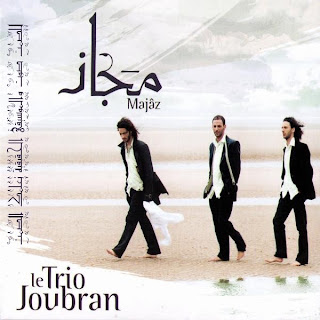 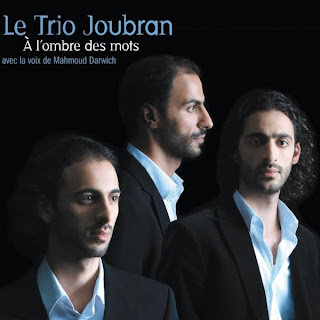 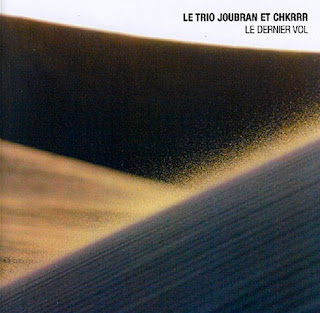 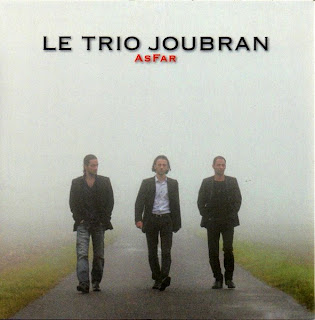