Macadi Nahhas is a young Jordanian artist born in 1977.
She mainly performs engaged songs. Since she was young she has been influenced by the Rahbani brothers’ artistic experience. When she was studying English language in Syria, she was part of the Jordanian musical group ‘Kolena Sawa’. During the holidays she used to perform with the Jordanian musical group ‘Angham Al Assil’.
She even had the opportunity to step with them on the stage of the prestigious festival of Jarash, in 1997. Macadi’s artistic career started after her participation in a singing contest organized by MBC.fm in Lebanon, in 1998. During her stay in Lebanon for the competition, she had the opportunity to meet Ziad Rahbani.
The latter encouraged her to study music. One year later, Macadi abandoned her academic English language studies and moved to Beirut where she enrolled in Beirut Music Conservatory. She graduated in oriental singing. Macadi also studied theater with the goal of learning how to master her feelings and how to deal with other artists and musicians on the stage.
Throughout her career, Macadi released many songs such as ‘Mahdhoum Kteer’ written by Khaled Alhabr and composed by Oussama Amlkahteeb, and ‘Ommi’ written by Kameel Dhaher and composed by Oussam Al Khateeb. She also produced a CD in Iraq. It featured 6 songs from the Iraqi musical heritage.
Later on, she released two other CD’s ‘ Khelkahl’ and ‘Mokhtarat Macadi’. In Lebanon, Macadi had the opportunity to perform on many famous stages such as: UNESCO Palace, The cultural Center in the South, and the American University of Beirut. She also acted in many plays with many theatrical troupes such as: Karim Dakroub’s group and ‘Assanabel’ troupe.
She also took part in many radio and TV broadcasts. Macadi Nahhas is an engaged artist endowed with a distinguished voice and an astonishing presence. With her own special style, she succeeded in reviving traditional music and songs from the Middle Eastern Heritage and folklore.
(Source : http://yala.fm) 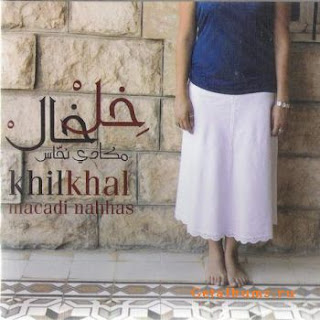 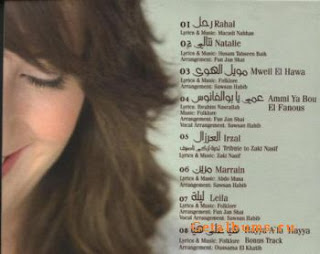