Mustafa al-Kurd was born in 1945 within the walls of the Old City of Jerusalem, where he grew up at the intersection of several musical traditions: classical Arabic ‘oud, Sufi chants and rhythms, Byzantine song, European organ music, and Palestinian folklore. From these rich sources, he created a new genre in response to the occupation: the Palestinian political song, and a new style of music: contemporary Palestinian music and chansons. As a composer and songwriter, he sets to music the lyrics of renowned Palestinian poets such as Mahmud Darwish, Rashid Hussein, Taufiq Zayyad, and Fadwa Tuqan, as well as his own poems, and accompanies them on his ‘oud. When the ‘oud, the king of instruments in Arabic music, is played by Mustafa al-Kurd, it becomes an orchestra in itself.

After several arrests in 1976 (administrative detention), Mustafa spent the next nine years in involuntary exile. In Europe, he performed not only for Arab students and workers and solidarity groups, but also in big festivals of political music (East Berlin’s Festival of Political Songs, Vancouver’s Folk Music Festival, the Rudolstadt Folk Festival, the Modena Festival, and many more). He often performed together with other political songwriters of the time - from Greece’s Mikis Theodorakis to Chile’s Inti-Illimani, from South Africa’s Miriam Makeba to Portugal’s Jose Afonso and the United States’ Pete Seeger.

He recorded many new records and cassettes in Europe, among them ‘Without a Passport’ (the words of a poem by Rashid Hussein), which reflects the experience of exile in general and the Palestinian experience of statelessness, in particular. The song was recorded live during the Festival Contr’Eurovision in 1979 in Brussels.

Back in Palestine just in time for the beginning of the first Intifada in 1987, he wrote the songs for his first Intifada album: Children of the Intifada. It was published both as a cassette and later on as a CD, and included his famous song ‘A Stone and an Onion and a Bucket of Water’.

Jerusalem inspired him to write a new cycle of chansons dedicated to his hometown. The songs were first performed at a memorable concert in the cloisters of the Lutheran Church in the Old City during the summer of 1990, and featured a new arrangement with two ‘ouds and Arab percussion. The Jerusalem cycle was published on CD in Switzerland (‘Fawanees’) in 1993, by an ensemble of Swiss and Palestinian musicians that was led by Mustafa himself (‘oud, percussion, bassoon, and flute).

Throughout his career, Mustafa al-Kurd has composed and produced the music for many films, especially documentary films such as Mustafa Abu Ali’s Tell ez-Zaatar (1977), countless theatre-plays, including al-Hakawati’s The Thousand and One Nights of a Stone Thrower (1982), and the first Palestinian opera, Antar, also by al-Hakawati (1988).

In recent years, Mustafa’s music has become much richer, more complex and full, moving away from the earlier and rather direct political songs toward a distinctly lyrical genre where the artist and his deepest feelings dominate. At the moment, he is working on a new Jerusalem album with songs written and composed by himself, which should be out soon. The next project will be an album of songs based on the lyrics of the most famous Palestinian contemporary poets. 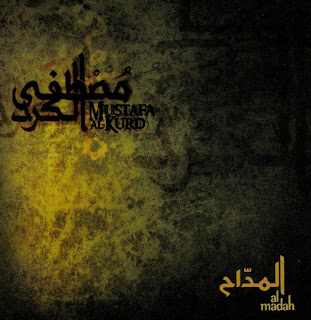