Aziz is the newest but most popular alternative artist in the Jordanian scene, with massive energy in his songs, and outstanding performance on stage.

Founder of RAZZ ( Rock Arabic +Jazz = RAZZ) in Jordan, rapidly growing artist who studied music composition in the USA and came back to Amman to rock & jazz up the town in Arabic/Jordanian dialect; Razz performed since 2006 in at least 150 events.

The artist says about himself:

" I was born in Tunisia in 1983, lived there for 10 years, then had to move with my parents to Jordan where I grew up as an average Jordanian kid from Amman.

I always had a keyboard that I played, and did a few updates on the kind of keyboard I owned. I started taking piano lessons with Travelian Sako when I was 12 years old. I have an 8th grade certificate granted from Trinity College - London in piano.

In 2001, I went to the Music Academy of Jordan for one year, then I was granted a scholarship to study in the U.S.A where I finished my Bachelor studies in Music Composition.


I must say, as an artist, I am influenced by certain events or phases that I have experienced in my life. War is certainly one of these." 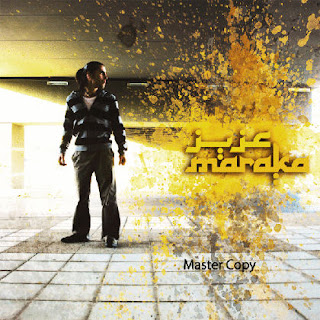 "Master Copy" is Maraka’s first officially released CD. It includes both studio tracks as well as live versions of some songs. All tracks are in Arabic.