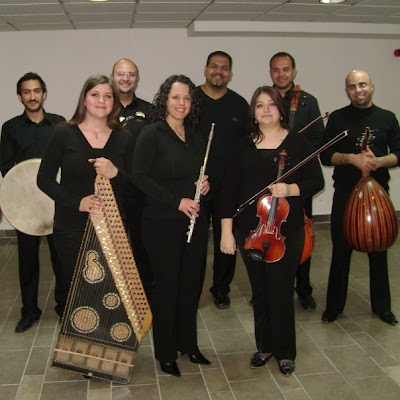 A group that was formed back in the beginnings of 2006 in Amman, in an attempt to modernize and develop oriental music in a way that would preserve the music’s authenticity, yet, give it a fresh and new sound. With some of the best musicians in the region, and two vocalists (Male & Female) who beautifully sing Arabic pieces of lyrics and poems by some of the world’s prominent writers. The album includes pieces that are considered excellent examples of the fusion of the past and future, such as the Arabic classic Ajibtu “I Wondered,” a Sufi poem by Mansour Al Hallaj (AD857-AD922), and original compositions such as “Bayna Bayn” by Tareq El-Jundi

Tareq Al Jundi
Born in Amman in 1983. He started to learn and play Oud at the early age of 11. When he joined the Jordanian Academy of music.
He got his first B.A. in chemical engineering in 2007 and he is getting his second B.A in cello performance as a student in National Music Conservatory of Amman.
Tareq didn't wasted any moment from his life for the sake of oud so he attended many workshops and private lessons with all the oud teachers in Jordan and some other countries like Syria and Lebanon and Egypt
He performed many concerts as a solo player or in a band in Jordan, Syria, Lebanon, turkey and Italy, As a member of Sharq, this gave him the chance to compose, re-arrange and conduct a lot of his own compositions or other musical pieces and song of many Arab musicians.

Ala’a Takrouri
Ala’a was born on February,1982. At the age of 12, she put her hands on the flute for the first time in school. Then after that,. In the year 2000 she was accepted in the music department at Yarmouk University to achieve her BA degree in Music/Flute. She completed her studies in the year 2004 as a top graduate and she started to achieve her MA in music performance at Kingston University/London in the year 2005/2006. At the present time, she is teaching at Yarmouk University. Mean while, she's a part of the Palestinian Youth Orchestra, and has been for the past 5 years and she is also a part of the Amman Symphony Orchestra.

Nasser Salameh
Nasser is a Palestinian who was born in Jordan in 1977. He is a self-taught musician, specializing in Middle Eastern percussion and all kinds of hand drumming. His talent has led him to participate in many festivals all over the world. He has performed with many groups and musicians, and joined sharq in 2007, he was teaching percussion at the National Conservatory of Music in Palestine and teaches percussion at the Music Academy in Amman. played and participated in many solo and as a member of group concerts in Jordan and abroad .

Lara Elayan
Lara was born in 1983, Amman/Jordan. She started her musical/singing talent since she was a young girl.
She graduated from Jordan University in the year 2005 with a BA in Sociology.
She started to learn the Oud in the year 2002 in the Jordan Music Academy. Lately, in the year 2008, she joined the National Music Conservatory to study vocalism and oud.
Lara has participated in many solo singing concerts with different musicians and music groups all over Jordan.

Khaled Bal’awi
Khaled was born in 1981. he started learning music at an early age,
Until he started learning the cello in 1999 when he entered collage. There he was instructed by various teachers who helped him establish a good base for a professional cellist., In 2005 Khaled continue his higher education, accordingly he joined Kingston University in London where he graduated with a master degree in music performance.
Khaled is now working at Yarmouk University, where he teaches the cello. Khaled plays now with different orchestras and music groups such as Amman symphony orchestra, Palestine youth orchestra, "Amman Arabic music band" and many other smaller groups.

Ma’en “Al-Sayed Ahmed”
Born in 1987. A percussion player who's specialized in oriental instruments and rhythms, with a good background in Latin, African, and Jazz music too. In spite of his young age, Maen have been working in the field of music and arts for 12 years now, he started as a cultural dancer then a cultural dancing teacher and designer, which made him have the patience of teachers and the learning skills of a student.
he started the journey of playing percussions 8 years ago by taking private lessons with Jordan’s best percussion player “Nasser Salameh”.
Although he is studying Electrical Engineering, he had the chance to play and participate in many concerts and workshops in and outside Jordan. He also took advantage of touring in Middle-eastern and North African countries such as Lebanon, Syria, Iraq, Bahrain, Egypt and Tunis to learn more about music in these countries. Which created this promising, young, professional percussionist.

Yarob Smirat
Born in August 1988,
His talent become apparent in the first decade of his childhood .He began his violin lessons at age of four,.
Joined the NMC Orchestra at the age of eleven. And he was recognized as a talented violin player.
In the recent auditions organized by the National Music Conservatory.
The jury recommended Yarob Smirat for the position of concert master assistant of Amman Symphony Orchestra.
In addition of playing with many different orchestras.
He took a part in many concert and music festivals.

Mohannad Attallah
Born in 1981.. at age of 10 Mohannad chose to be a saxophone player and he became a professional tenor and alto sax player.
Mohannad decided to study medicine and got graduated in 2007 with a MD in medicine
And now he is a student in the national music conservatory doing another BA in music therapy .
He performed in many concerts in and outside Jordan. 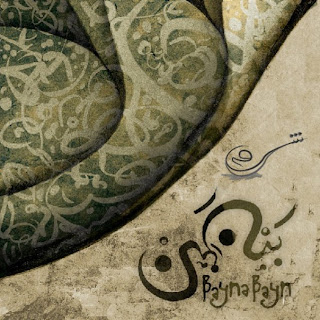