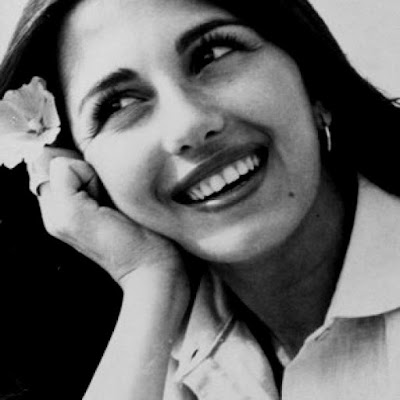 Majida El Roumi Baradhy (Arabic: ماجدة الرومي برادعي), born to musician Halim El Roumi (born Hanna El Roumi Baradhy) and wife Marie Loutfi who were a Melkite Greek Catholic couple from Tyre, a city in South Lebanon. They got married and lived in Kfarshima, they had three girls Maha, Mona, and Majida, and a boy Awad. Halim el Roumi became a musician worked with many great singers with mentioning his discovery to the Lebanese singer Fairuz and introduced her to the great musicians the Rahbani brothers. He stayed in Kfarshima, which was home to many Lebanese singers, musicians, poets and writers, among them Philemon Wehbi, Melhem Barakat and Issam Rajji. The residence of Halim el Roumi in Kfarshima was a meeting place for many cultural figures. Growing up in an artistic environment, Majida listened to the works of Fairuz, Umm Kulthoum, Mohammed Abdel Wahab, Wadi AlSafi, and Asmahan. Her vocal abilities attracted the attention of her family and neighbors. One of the early songs she sang was when she was 5 years old with a recording dedicated to her brother which is "Your Birth" or Miladak in reference to the birth of Jesus Christ.

Raymond Safadi, Majida's cousin, thought that she should pursue singing as a profession. The big obstacle was her father who did not want her to participate in Télé Liban's Studio el fan. Nevertheless, Majida entered the talent show, singing songs for Asmahan and Leila Mourad, like Ya Toyour, Ana Albi Dalili, and Layali El Ouns Fi Vienna. She won the gold medal. Halim El Roumi gave Majida his blessings to pursue singing as a profession as long as she continued her higher education. Majida obtained her BA in Arabic Literature from the Lebanese University.

In 1977, Majida married a businessman from Byblos, Lebanon, Antoine Dfouni who was also her manager. They had two daughters: Hala and Nour. They divorced in 2006.

Majida also had to deal with her sister Maha's suffer from cancer who had to be transported to USA for better medical care and her death in 11/7/2001 she produced two religious albums and released a song in her memory in 2003.

Majida was one of the first modern singers to combine western classical music and Arabic classical music (tarab). Her first hit was Am Behlamak Ya Helm Ya Lebnan, written by poet Said Akland composed by Elias Rahbani, the song was released in 1975. However, the majority of her early 1970s–1980s song were oriental. In all her albums she includes patriotic songs and works by her father. Her first album was released in 1977 titled "Wadaa" containing wonderful recordings and it was her first hit in her musical career.

Majida's self-titled debut album was typical of 1970s Arabic pop, with traditional percussion, a string section, guitar, and keyboard. Her Lebanese patriotism is evident in songs like Nab' El Mahabbeh, which are sang in Lebanese Arabic dialect. This is also true of her 1980s songs like Layalina Men Layali El Omr and Ya Saken Afkari. Her first work in classical Arabic was La Taghdabi and Salawna which was from the Rahbani brothers' work with her father. In the early 80s, she released her album "Live recordings" which included a song called "Zikrayati" (My memories) with a melody taken from the great Malaguena for Ernesto Lecuona. Majida sang a hit of the Abdel Halim Hafez's El Touba in 1987.

In 1991, Majida released Kalimat, her first pan-Arab hit, under the Music Master label. The title song was written by Syrian poet Nizar Qabbani and composed by Ihsan El-Mounzer. Other songs by Qabbani were Beirut, Set Eddounia and Al Jarida. Majida initiated the movement that re-popularized classical Arabic poetry in music and began to fuse East and West. The album also contained several songs by the signatures of great poets and composers like Abdo Mounzer, Melhem Baraket. 1994's Ibhath Anni followed the template set by Kalimat. Souad Al Sabah's Kon Sadiqi was about empowerment of women, Other patriotic songs were Oum Etthadda and Saqata Al Qina for the freedom of the country. The album knew such success with its music and compositions: it had piano solos, string movements, great orchestra distribution especially in "Al jarida" which was and still her longest song ever recorded.

In 1996, Majida signed with the Saudi label Rotana and released Rasa'el. Elie Choueiri wrote the opening title Samra' El Nile, a song for Egyptian women. Songs like Shou3oubon Men Al Oushaqand Aynaka blurred the line between what classical and Arabic music, while Lawen Ma3i El Iyam employed Majida's operatic skills to hit more than two octaves in the song and other ones andHobbouka evoked songs from Eastern Europe. "Through "Qana" from Elie Choueiry, released in 1996 as a response on the Israeli massacre in South Lebanon, Majida presented a clear Lebanese message to the whole world, a message that was stronger than any other political or diplomatic letter. Majida affirmed that Lebanon would always be ready to fight for its rights and lands and would never give in and accept any kind of humiliation and disregard. The song was powerful with meanings which led the Israeli Embassies in some Arab capitals to protest and requested seizure of broadcasting. Majida's father composed Mimi, by the Rahbani Brothers, in honor of Majida's daughter.

In 2003, she released two religious albums titled Cithare Du Ciel and Erhamni Ya Allah. She sang a special rendition of Schubert "Ave Maria" which showed her excellent abilities as a Soprano.

In 2006, she signed for an album with Good News Production that spoke to a younger audience. "E'tazalt El Gharam" (I Quit Love) was released with a video directed by Lebanese director Nadine Labaki. Majida worked with many new names, like singer/songwriter Marwan Khoury as well as musicians Jean-Marie Riachi and Claude Chalhoub. The new musicians updated Majida's style while keeping the old-world charm. Melhem Barakat composed the title song. Said Akl contributed "Sawfa Nabqa", an ode to Lebanon. Composers Ihsan El Mounzer, Joseph Khalifa and Kamal Saiqali put Gibran Khalil Gibran's words to music for Majida in "Nashid Lel Hob." "Nashid El Zafaf" is a rendition of Mendelssohn's "Wedding March" with congratulatory lyrics by Majida herself. Majida sang "Ma Rah Ez'al A Shi" (I Won't Feel Sad Over Anything) at the annual 2008 Beiteddine Festival in Lebanon.

She wrote the lyrics of Bokra "Tomorrow", a charity single that was released on 11/11/2011 at 11:11PM, the single will distribute the proceeds of its donations to various organisations, institutions and charities with arts and culture programs. The eight minute song was recorded by several Arab Artists. It was produced by Quincy Jones and RedOne.

She released her new album "Ghazal" with 14 songs on June 22, 2012 having worked on it for 3 years with great composers and poets and recorded a new version of her old song "Salawna" (from 1987) as a duet with her father. 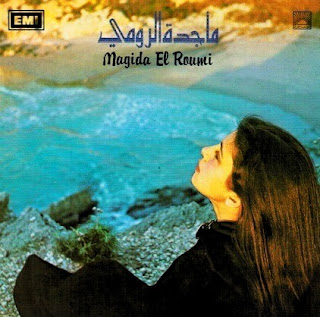 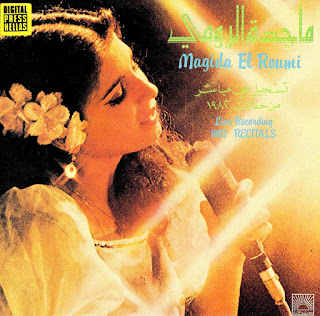 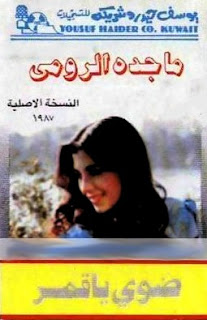 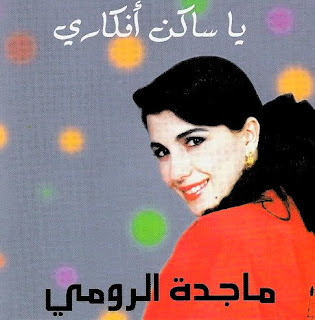 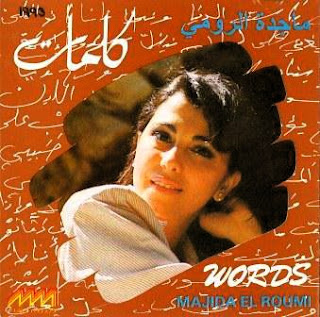 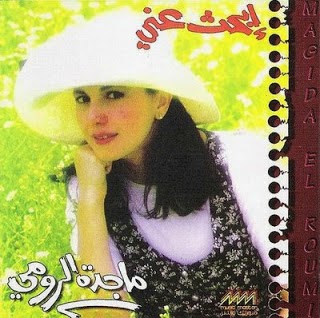 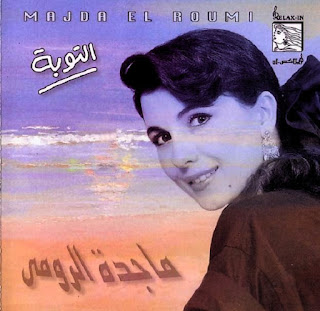 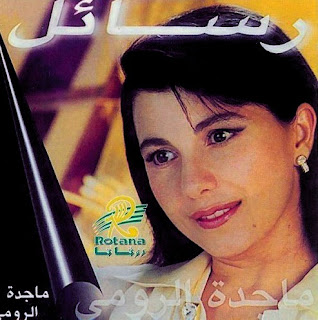 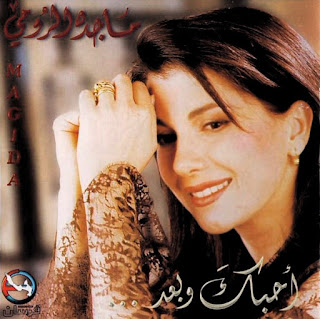 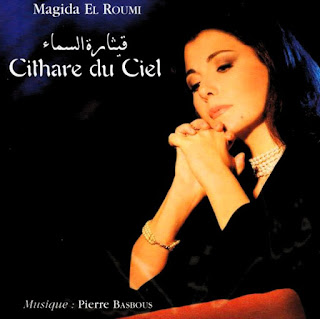 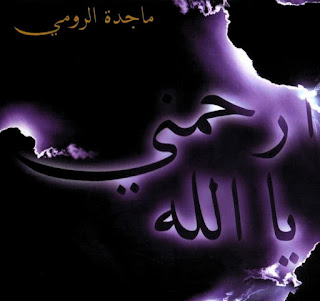 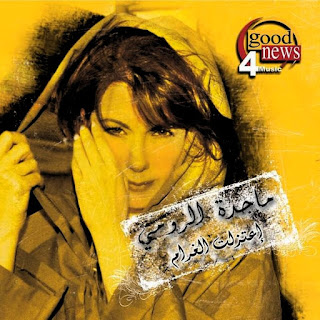 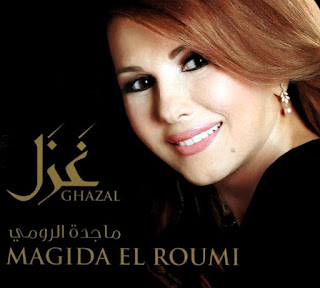 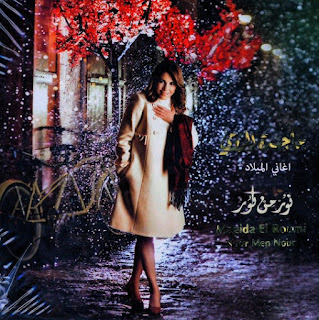 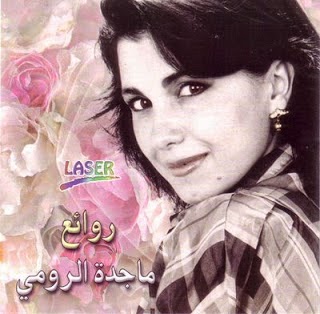 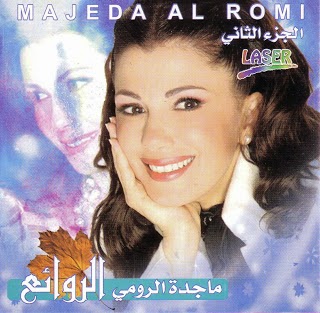