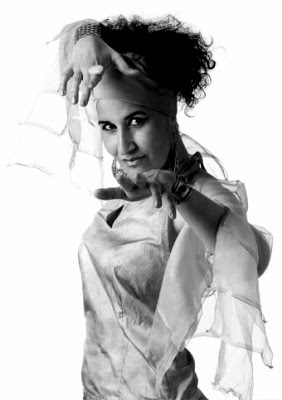 Aida Nadeem’s music is the sound of deep cultural roots, creative daring and free expression, full of the bittersweet ache of exile and the fierce creativity of a maverick artistic spirit. Born in Iraq, exiled to Denmark, steeped in the avant-garde and the raw, beautiful sound of her Arabic roots, she is an extraordinary singer, dancer and wordsmith, a beacon of independence and integrity in a world of homogenised commercialism.

Aida was born in Baghdad. Growing up in the downtown section of the lively Middle Eastern metropolis, she was inspired by the cultural diversity and progressive politics that surrounded her and sang, danced and wrote poetry from a young age. She studied at Baghdad’s prestigious Academy of Music and Ballet (specialising in the bassoon!), subsequently joining Iraq’s symphony orchestra and all the while listening to classical and avant-garde music, alongside the Arabic beats of Baghdad’s streets.

At the same time she became increasingly politically active (making a stand against the injustices she saw all around her), ultimately forcing her into exile in Denmark in 1991. Here she studied at The Royal Danish Academy of Music, simultaneously delving into the emerging global dance scene (Transglobal Underground, Talvin Singh etc) Out of all of these disparate influences emerged a new sound, a musical style uniquely her own, combining ancient tradition and cutting edge electronica, the East and the West, the head and the heart.
Aida has been honing and developing this sound ever since, over four albums characterised by increasing creative confidence, she’s moved away from generic “world beat” to something daring and personal. Along the way her compositions have featured on movie soundtracks, she’s been nominated in the “Boundary Crossing” category of the prestigious BBC Awards for World Music and won plaudits aplenty for her extraordinary live performances, which combine the full range of her deeply expressive voice with the agility and grace of her dance moves
You can hear the fullest realisation of this artistic growth on her latest recording Beyond Destruction. It’s an often dark and brooding affair, whose minimal, atmospheric backing is topped off with Nadeem’s majestic wail of a voice. Recorded in Copenhagen, Istanbul and Cologne, the album features Turkish strings and brass, the extraordinary Tunisian oud player and producer Smadj (a kindred spirit if ever there was one) and experimentalist Danish jazz guitar man Joakim Froystein. This is a set of contrasts, ranging from the blistering brass of “Turkman Folk”, to the sombre and evocatively string-drenched “Raheel” (which features the poetry of revered Palestinian wordsmith Mahmoud Darwish). Aida Nadeem has many important messages to share with the world and has found her own voice with which to express them. 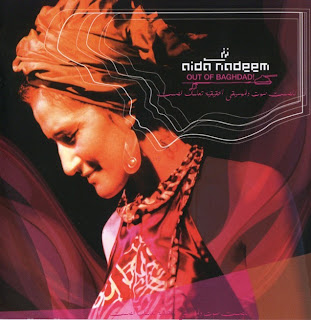 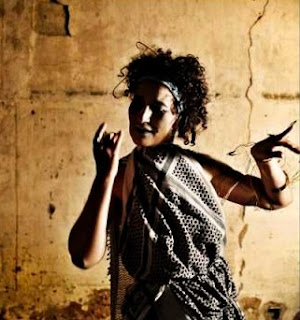